(This pen was loaned to me by my good friend, Wendy for review purposes.)

I’ve mentioned Visconti’s Homo Sapiens line many times before in my blog, and here is another addition, the Homo Sapiens Crystal. For those that haven’t seen my other reviews, check out the Homo Sapiens Florentine Hills, a bright green version, or the original H.S. Bronze. 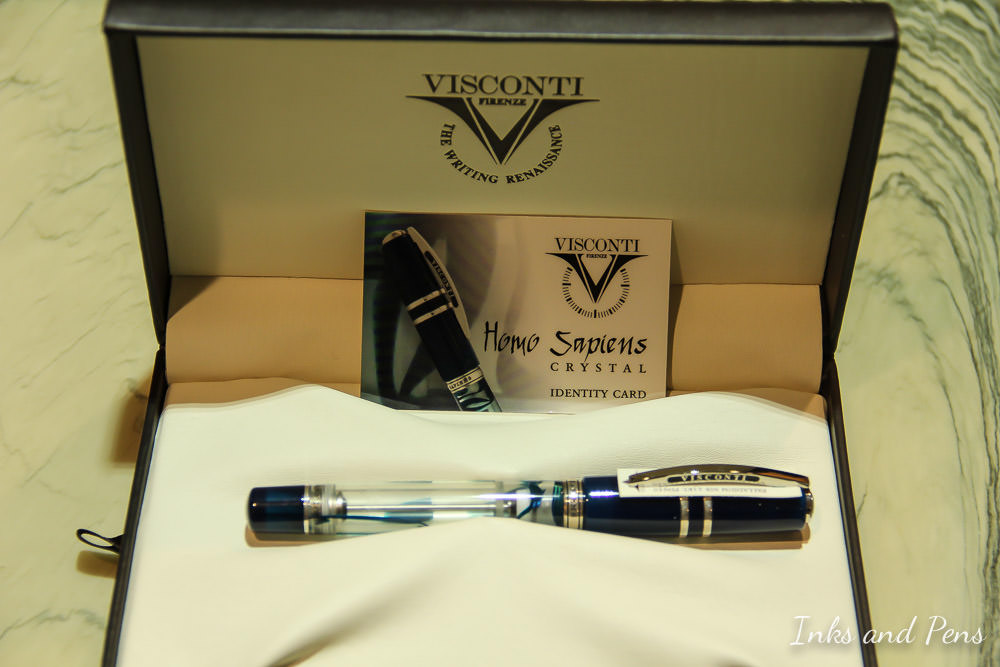 Visconti created a new material called acryloid with a mixture of acrylic and celluloid. The pen clear acrylic is melted and molten celluloid is slowly poured in to create a one-of-a-kind swirl pattern. 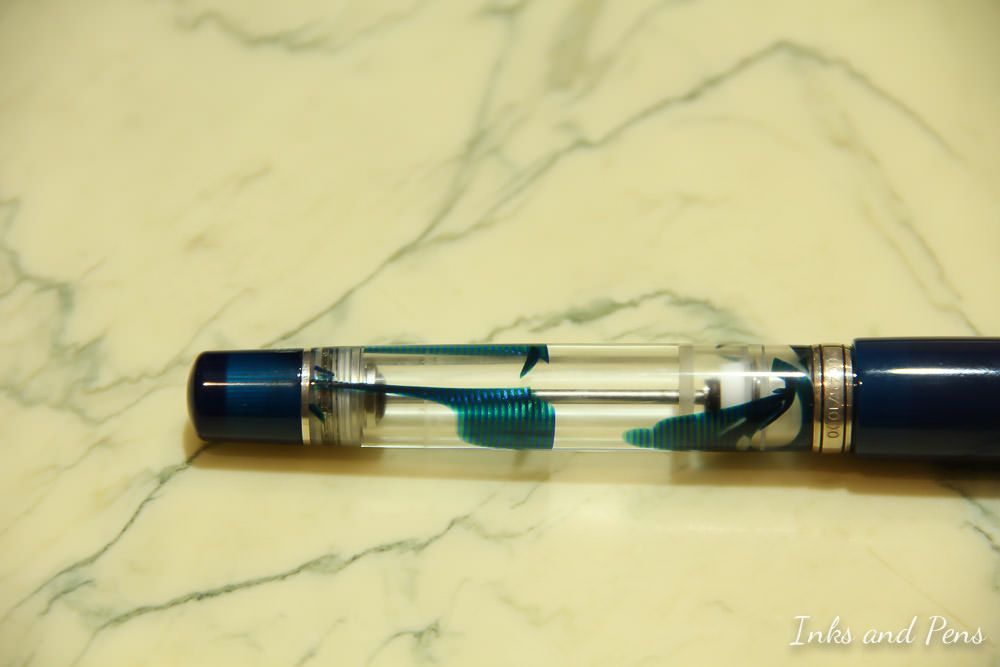 The H.S. Crystal comes in a standard Visconti leatherette clamshell box, unlike the Florentine Hills, which has a larger wooden box. The leatherette finish does feel very soft and luxurious though, so it’s not a big issue. I just wish Visconti would have been consistent in their boxes, considering both are limited editions. 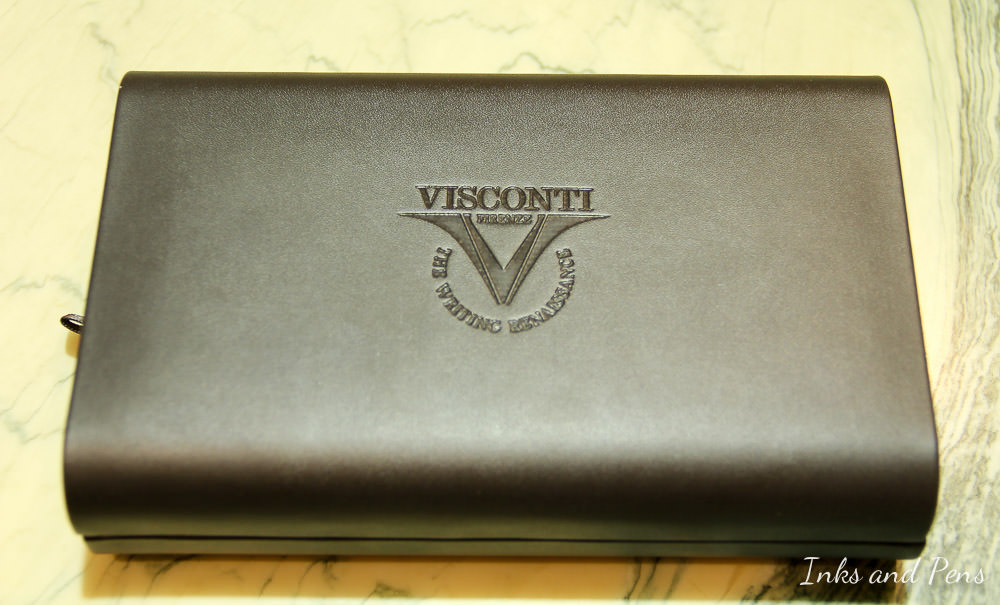 The pen closes with Visconti’s bayonet capping system which locks the cap with a series of grooves along the top of the section. For a more graphical representation, think of a child-proof prescription medicine bottle. The cap is capped extremely securely which locked in and has no risk of twisting off.

Visconti opts to use a “Double Reservoir Power Filler” for the filling system on this pen. In essence, it is a bloated marketing term for a vacuum filler. The only difference from the normal vacuum filler is that this pen has a second ink chamber which can be sealed off to prevent leakages, useful which flying at high altitudes where pressure changes could cause ink flying out.

To fill the pen, unscrew the blind cap until you don’t feel any resistance, then pull the plunger all the way back as shown in the picture below. Then, submerge the nib in ink, all the way to the start of the grip/section. Slowly push the plunger down and leave the nib submerged for 10 seconds. You will see the barrel quickly fill with ink. Screw the blind cap back on and dry the nib and section.

As I’ve mentioned before in the review of the Florentine Hills, this type of filler can be a pain to flush completely. Instead of repeated trying to draw water up with the filling system, I unscrewed the nib unit by hand, pulled the plunger back, and flushed the entire reservoir with a large syringe. This is much faster and easier, but for some pens, the nib unit is very tough to unscrew. Luckily, mine unscrews like a breeze. As always, do not attempt to force a nib unit if it appears stuck as you risk twisting the metal nib. 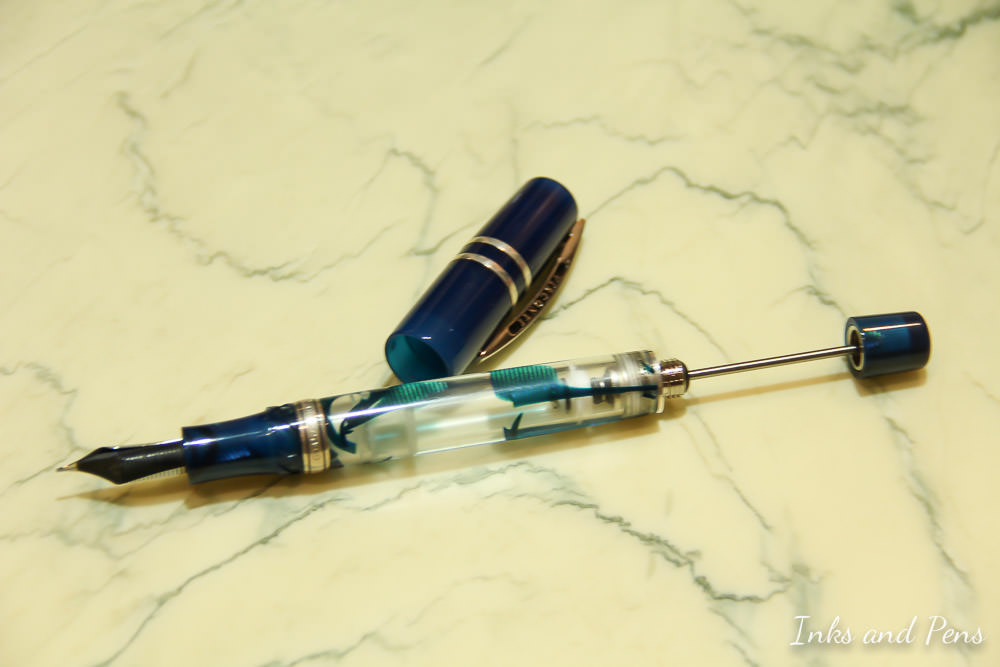 For this pen, I got a medium nib. The nib was fairly smooth with a minor bit of feedback. The nib is made out of 23kt Palladium also known as the Visconti “Dreamtouch” nib. The nib on this pen was very soft, but I would not attempt flex writing with it, for fear of springing the nib too far. Out of the box, the nib was extremely wet, but the flow was still controlled. There was no dripping with well-behaved ink. I did not find any quality control issues with the nib, unlike some people have described with Visconti nibs. This pen can be found in all available Visconti nibs, from an Extra-Fine (EF), Fine (F), Medium (M), Broad (B), or Stub. 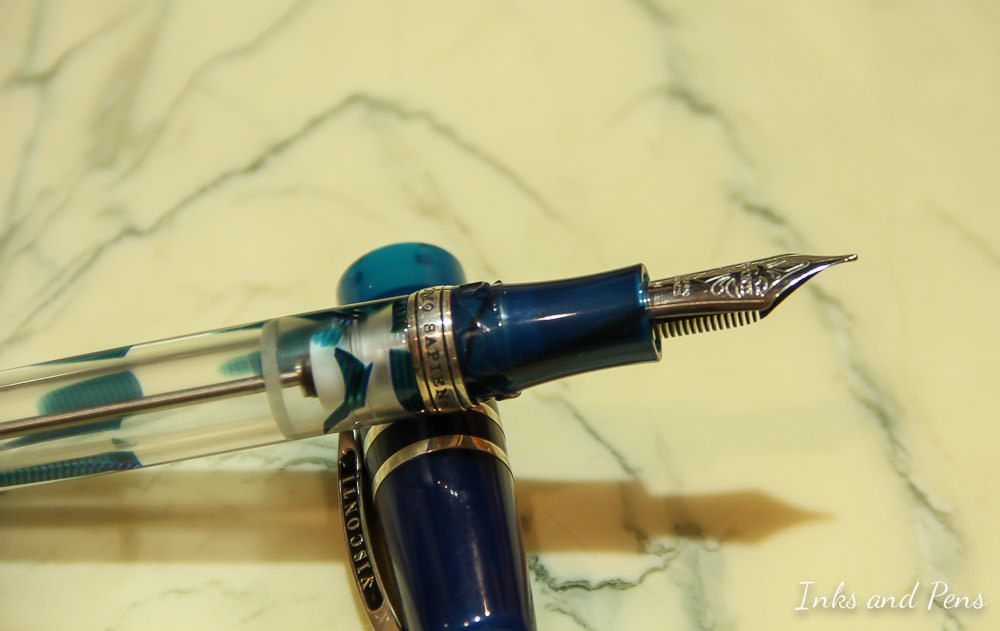 The pen is well manufactured and I didn’t notice any defects upon close inspection. I have heard about issues with Visconti ’s quality control, but so far, every Visconti I’ve had has been quite perfect. 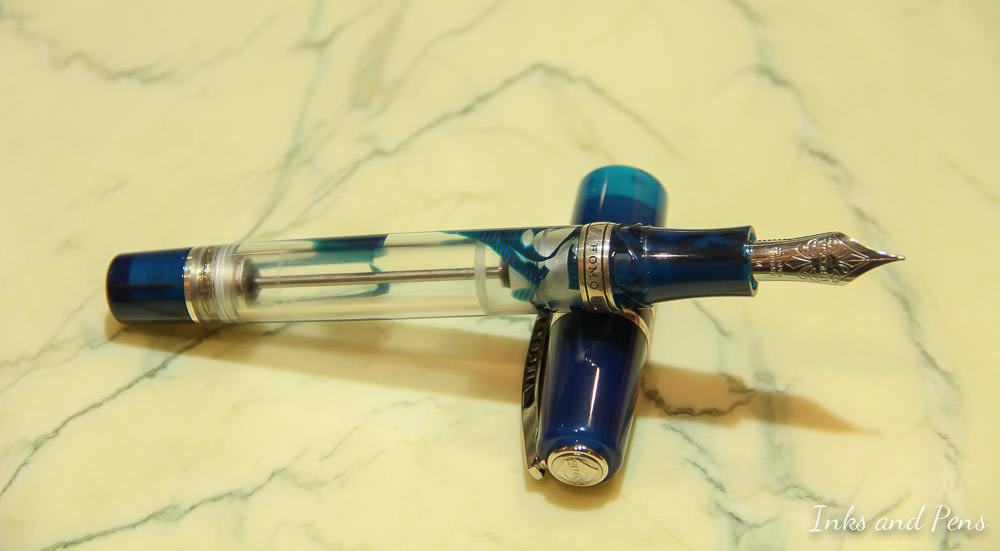 For the measurements of the pen, it comes out to 5.75” (14.5cm) capped and 6.75” (17cm) posted. The pen is quite a decent length and girth but is not exceptionally heavy, weighing only 40g capped and 29g uncapped. Without posting, this pen is very well balanced. Posting throws the balance off in favor of the back end. 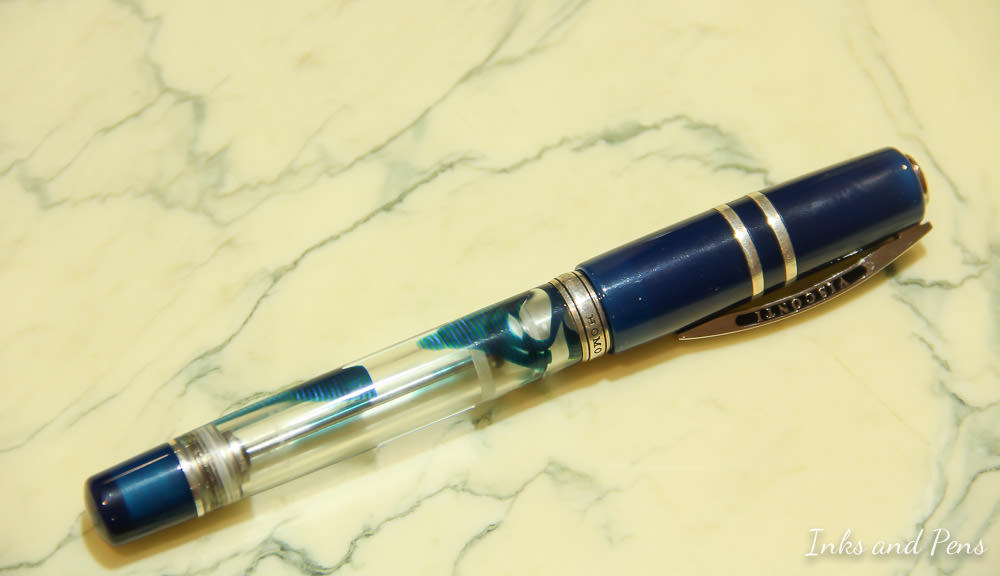 This pen has an MSRP of $995 for the fountain pen and $795 for the rollerball. It can be found at most authorized Visconti retailers, but keep in mind that it is a limited edition, so grab it while you can!

Which Homo Sapiens version do you guys like better? Personally, I prefer the Florentine Hills because I’m a huge fan of green! Let me know down the comments!