Porsche Design is an under-the-radar upscale fashion, luggage, and accessories designer that happens to dabble quite often in writing instruments. The Porsche Design Group was founded in November 2013, as a subsidiary of Porsche AG (a.k.a. the car maker).

Porsche Design writing instruments are marketed under the P’3000 name and include high end mechanical pencils and pens made of stainless steel. One of their “cooler” pens is definitely their Laser Flex pen which appears to change shape as it is pressed. 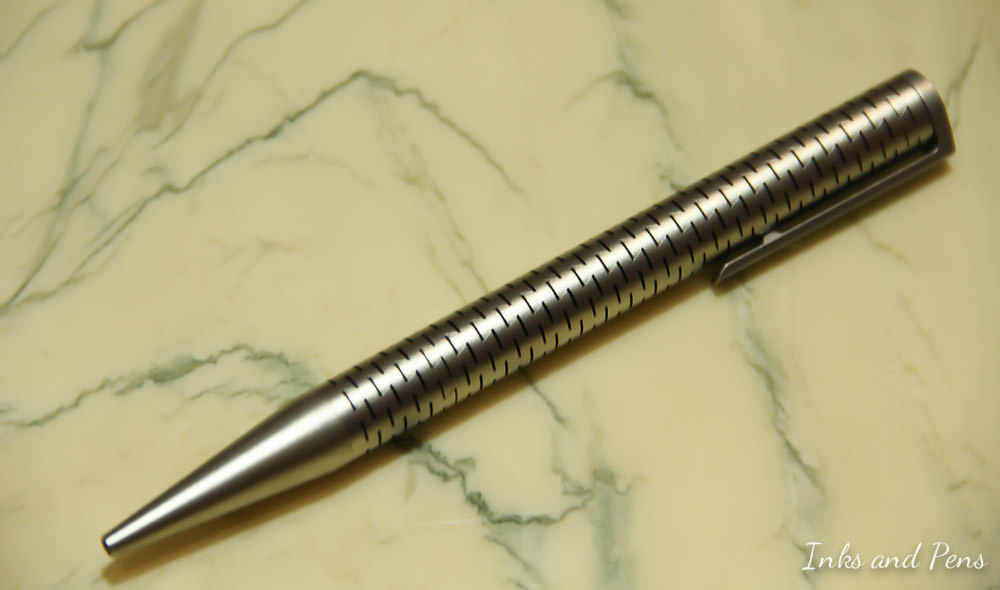 The Laser Flex pen is “laser cut” to visually hide any cut seams. The ballpoint pen is made 100% out of stainless steel, similar to other Porsche Design pens.

The pen arrives in a hefty magnetic cardboard box which bears the “Porsche Design” name and a “Writing Tools” tagline. This box is shared amongst all of Porsche Design’s writing instruments. 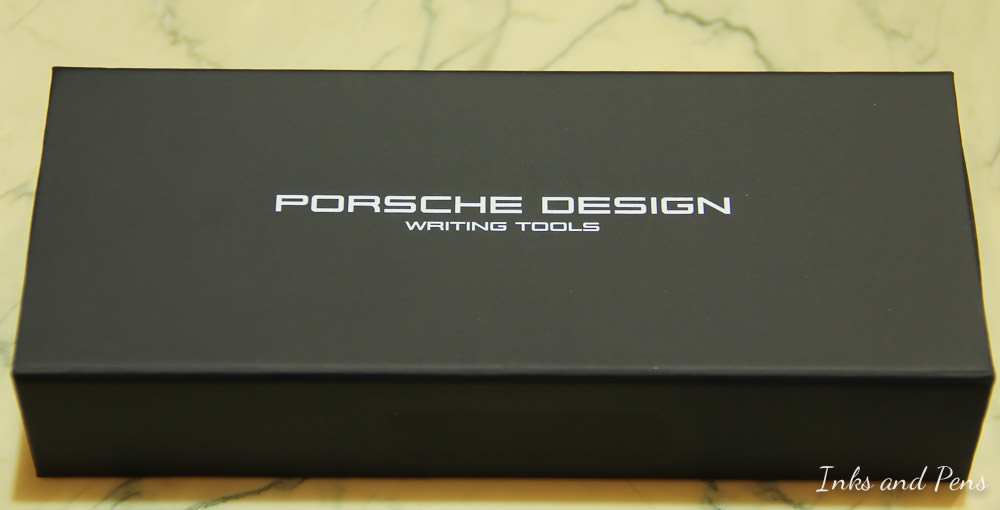 The box unclasps magnetically to reveal the pen sitting in a leather covered trough. The pen is strongly secured by another leather strap over the pen. The box seems quite durable and adequately protects the pen. I feel like the box is quite the display item and would not mind putting the pen out for show like this. 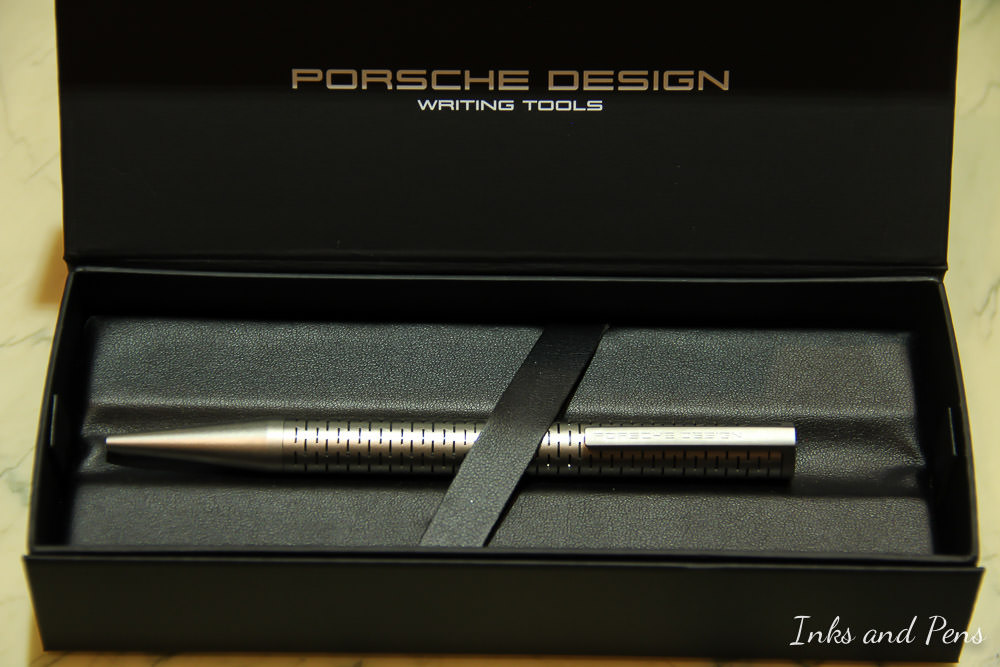 The interesting part of this pen is what actually happens when you click it. Instead of the pens usual dotted-line patterns, the lines disappear and get replaced by diagonal shapes. A closer inspection reveals a pattern of hidden diagonal cuts adjacent to the larger horizontal ones. 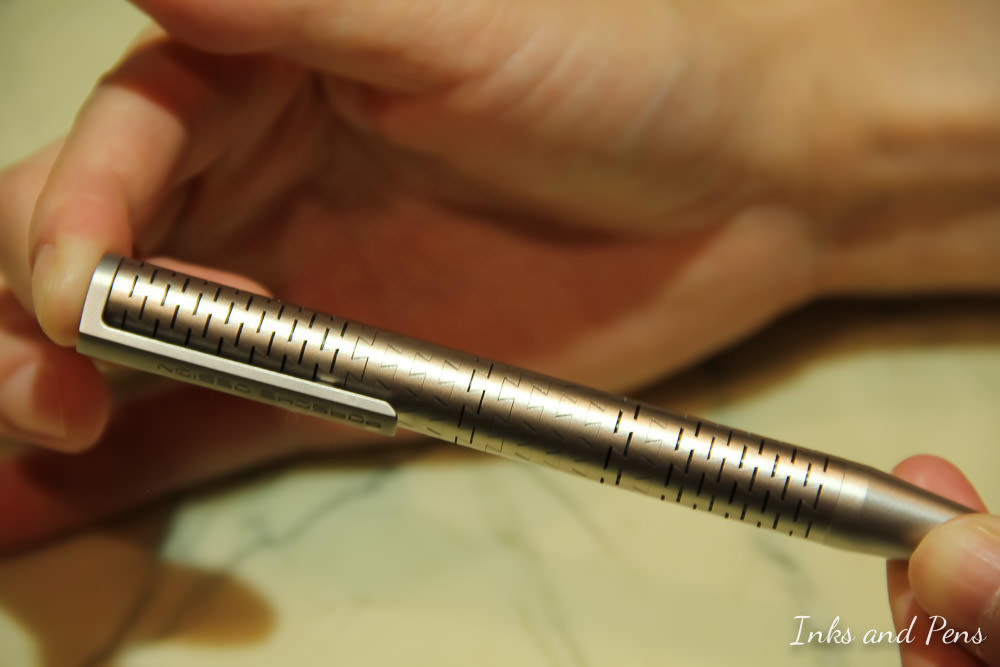 The pen itself writes quite smoothly and produces a nice line. The line is dark and even, without much skipping. It started up quickly and began writing straight away. Holding the pen felt quite comfortable, even though there are numerous cuts along the pen. The laser cutting technology makes the pen feel like the cuts are even there. 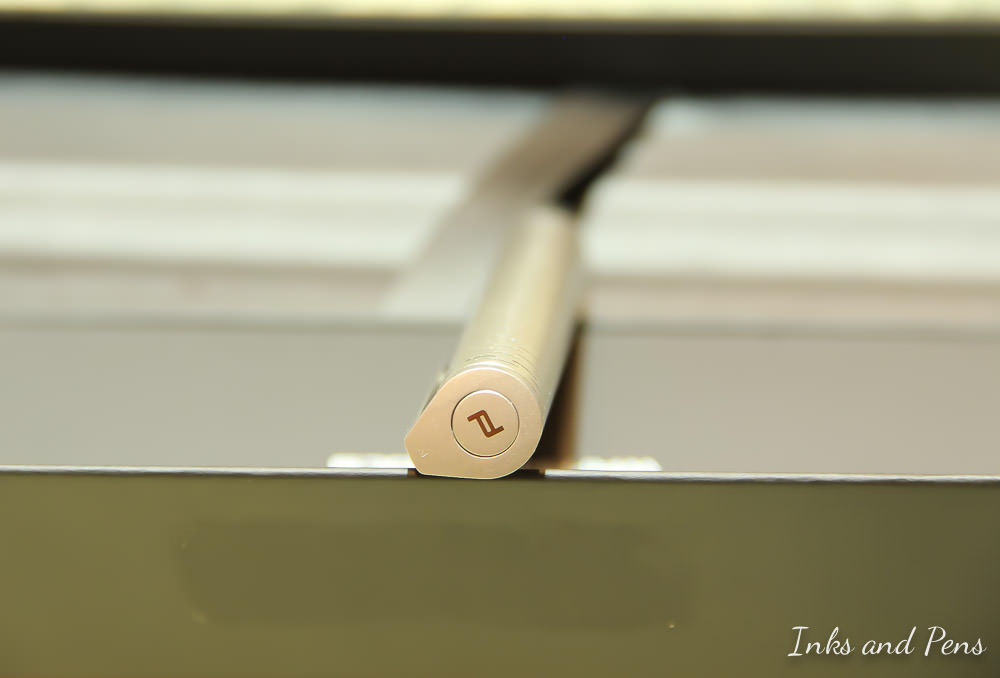 The pen does not have a “top section” and the pen unscrews from the bottom, starting from where the cuts stop. It looks quite sleek and very minimalistic.

For the measurements, the pen comes out to 5.75” (14.6cm) and 1.55oz (44g). The pen takes a Parker refill that can be found at a huge number of places. I find the pen to be a good girth and weight for my slightly above-average hands.

This writing instrument is fairly hard to find, but it is doable. You can head to your local Porsche Design boutique to some authorized retailers. This pen retails for $595.